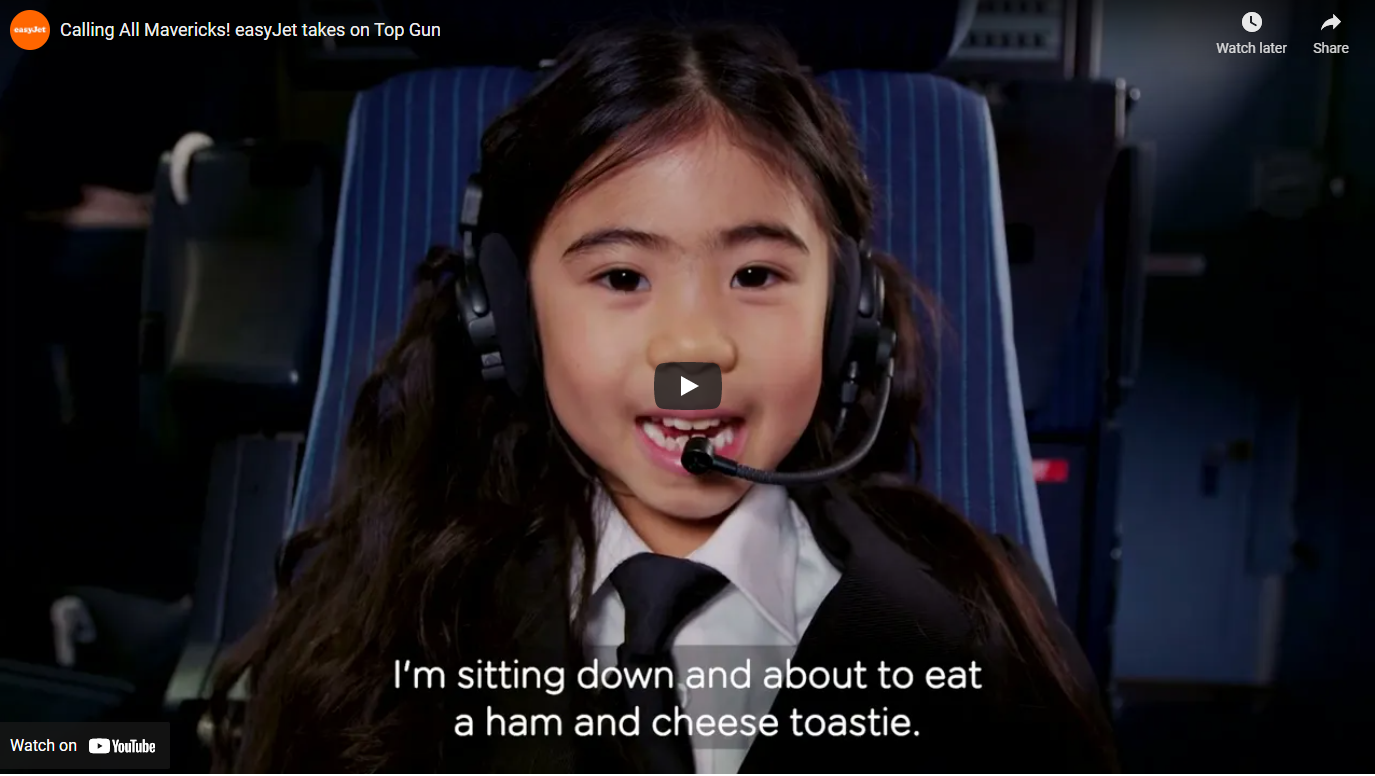 “I feel the need… the need to succeed”

With still around only 6% of pilots worldwide being women, the airline remains focused on encouraging more girls to become pilots.

Research by the airline reveals 80% of Brits believe Hollywood still perpetuates gender stereotypes, impacting career choices from a young ageIn the 21st century only one of the Top 10 grossing aviation films has a woman in a leading role, while female protagonists in Hollywood films fell from 38% in 2020 to 35% in 2021*

The campaign is part of the airline’s nextGen easyJet commitment to championing greater diversity and inclusivity.